Showing posts from November, 2008
Show all

THE SPOTLIGHT IS ON: LAVERNE STOKES 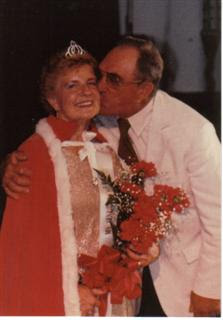 Three ladies from the State of New Jersey hold the national title of MS SENIOR AMERICA. Recently, this reporter had the pleasure of interviewing Mrs. Laverne Stokes, MS SENIOR AMERICA 1985 , and the following is her story in question and answer format: Q. How did you hear about Senior America? A. In 1983, I joined an exercise group at the Dover Senior Center in Toms River. The director told me about SA and suggested that I enter the pageant. At that time, there was a local and a State pageant to compete in, and you had to win them both before competing in the national. Q. How many titles do you hold then? A. 3. I hold the title of: MS SR OCEAN COUNTY 1983, MS NEW JERSEY SENIOR AMERICA 1984, and MS SENIOR AMERICA 1985. Q. That's very impressive. What was your talent? A. Tap dancing then, and still is today. Q. Where were those early pageants held? A. The MS SENIOR OCEAN COUNTY pageant was held at Ocean County College, and the state and national pageants were he
Post a Comment
Read more
More posts