Showing posts from April, 2018
Show all

A Review of April Events 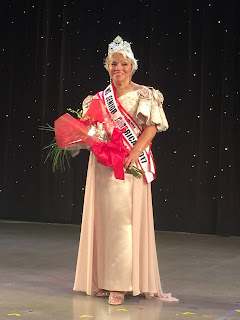 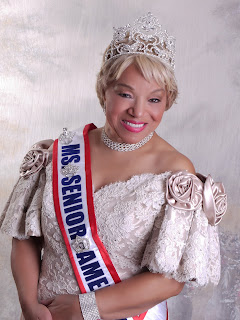 The 5th annual MR MATURE PAGEANT 2018, promised, a fun Saturday for the residents of Ocean City, New Jersey this year.  The morning started off with a "Parade of Pooches".  Residents were invited to bring their beloved dogs to march.  There were marching bands, and convertibles driving dignitaries along the parade route.  One person, in particular riding along was actor Eric Estrada, star of the TV series, "Chips" .   file photo Carolyn Slade Harden/MS NEW JERSEY SENIOR AMERICA 2017 & MS MS SENIOR AMERICA 2017 It was fitting that QUEEN Carolyn Slade Harden, began her cross country tour right here in New Jersey, on Saturday evening, April 14th.  Carolyn was invited to sing, and also to serve on a panel which consisted of 3 judges.   The idea of creating a Pageant for men 55 and over, came from the long established and time honored MS SENIOR AMERICA PAGEANT.  Some similarities do exist, however, the main difference between the two is the MR MATU
Post a Comment
Read more 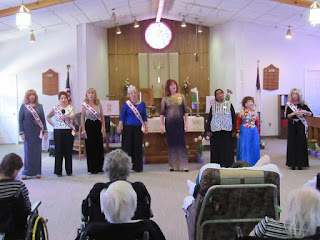 "Ready, Set, Go, and they're off!" is the current mantra of the fabulous ladies of the NEW JERSEY CAMEO CLUB these days.  January 2018 began with with problems for its members, as did most of the nation, with colds, flu, physical ailments, and the passing of a beloved "Sister" .  The cold, snowy and unpredictable weather was another factor that affected the scheduling of Showcases, and resulted in some cancellations in February and March.  But, April is showing promise so far, and the ladies are hopeful of getting back to a full season of performing for their constituents throughout the State of New Jersey. The first Showcase for the month was Thursday, April 5th at Lutheran Crossing Enhanced Living, in Moorsetown.  Eight of our finest entertainers gave a great show for a predominently female audience.  The residents were generous with their applause.  One lady in particular, whose name was Deborah, was especially vocal in displaying her appreciation.  Durin
Post a Comment
Read more
More posts