Showing posts from November, 2009
Show all

WHAT HAS ONE NEW JERSEY CAMEO CLUB QUEEN BEEN UP TO LATELY? 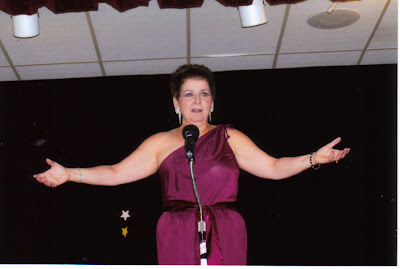 On the evening of Saturday, September 12th, Josephine Araniti, MS NEW JERSEY SENIOR AMERICA 2007, gave a show at the Greenbriar II Clubhouse in Brick where she resides. The following article is a reprint from the November 2009 edition of THE BRIAR II NEWS, written by Mr. Ren Relli, which has been expanded for clarification purposes. A WOMAN FOR ALL SEASONS It's becoming an annual R & A event (at Greenbriar II), when on September 12th, Josephine Araniti dazzled our residents once again with an eclectic array of songs that included: a French Art song, operatic arias, 60's pop, R & B, country, inspirational, patriotic and Broadway melodies. The theme of this year's show, A WOMAN FOR ALL SEASONS, meant that there was something for everyone. She even did a comedy routine entitled her "Job Resume", a cute play on words which was quite funny. With her sidekicks as backup, "The Fabulous Four", familiar GBII residents were: Jack McGuigan, Michael Bocchin
Post a Comment
Read more

November 05, 2009
MS NEW JERSEY SENIOR AMERICA PAGEANT 2010 CAN YOU IMAGINE YOUR LIFE AFTER 60? WE CAN! Helping, Educating, Entertaining As A Contestant, You Can Be All That! FOR BROCHURE, INFORMATION & APPLICATION CALL: (609) 822 -7441 visit our blog: www.msnewjerseysenioramerica.blogspot.com
Post a Comment
Read more

THE POWER OF WOMEN, EXTOLLED ON THE INTERNET 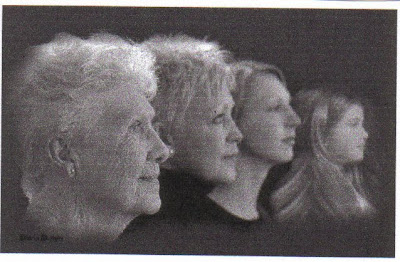 This photo entitled, WOMEN ON THE CLOCK, was coupled with the poem, ONE FLAW IN WOMEN, and was featured on the internet recently. It sends an impressive message about the power of women. It is prefaced by the following quote, although short, it too, is equally impressive. "God dosen't give you the people you want; He gives you the people you NEED... to help you, to hurt you, to leave you, to love you and to make you into the person you were meant to be". ONE FLAW IN WOMEN Women have strengths that amaze men... They bear hardships and they carry burdens, but they hold happiness, love and joy. They smile when they want to scream. They sing when they want to cry. They cry when they are happy and laugh when they are nervous. They fight for what they believe in .. They stand up to injustice. They don't take "no" for an answer when they believe there is a better solution. They go without so their family can have. They go to the doctor with a frightened friend.
Post a Comment
Read more 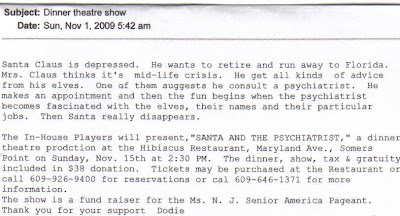 The news article below is straight from the office of THE IN - HOUSE PLAYERS. Their upcoming production , "SANTA AND THE PSYCHIATRIST", is for the benefit of the MS NEW JERSEY SENIOR AMEICA PAGEANT 2010. An hilarious comedy which is sure to warm your heart and tickle your funny bone, after a sumptuous and delicious Sunday dinner that is included. FOR IMMEDIATE RELEASE. PLEASE READ!
Post a Comment
Read more
More posts