Showing posts from May, 2015
Show all

FAREWELL TO THE QUEEN! 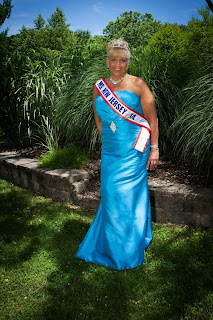 Diane De Salvo Beebe, MS NEW JERSEY SENIOR AMERICA 2014 Every year since 1971, women who have entered the "Age of Elegance" , have participated in the MS NEW JERSEY SENIOR AMERICA PAGEANT, held in Atlantic City, in hopes of winning the title.  Next week, the annual rite of passage for women 60 and over, will take place on Wednesday, June 3rd, at Harrahs Resort Hotel and Casino, in the Concert Venue Theater at 1:00 PM.  It is an exciting time for the contestants, but bittersweet for the current QUEEN, Diane De Salvo Beebe.   During the year of her reign,  Diane has touched the lives of so many older Americans in her travels across the Garden State, leaving them entertained, and happier than before.  Diane used her title to give hope and encouragement to everyone she met, through personal appearances, and performances with the NEW JERSEY CAMEO CLUB.  Below is but a brief recap of her year: Diane met at Town Hall to accept an award from the Mayor. Here s
Post a Comment
Read more
More posts