Showing posts from 2014
Show all

"It's the most wonderful time of the year", and for the "elegant ladies" who are members of the NEW JERSEY CAMEO CLUB, this is the time of year they give thanks and  make merry.   Each year, during the month of November, the NJCC gives thanks, by reaching out to veterans groups.  The Manahawkin veterans were treated to a great NJCC Showcase.  The above photo captured the ladies in the finale of the show when they sang  "God Bless America".  Everyone sang along, and those veterans who could, stood up.  It was an emotional sight to see!  The annual NJCC Christmas Party was an evening which abounded in fun, laughter and good cheer.  The event was held on December 4th at the Toms River Hotel.  The food was excellent and the libations plentiful to all those who cared to imbibe.  Steve and Debbie Berger provided great music for everyone's listening and dancing pleasure.  After dinner, everyone quieted down in anticipation of the Gift Basket
Post a Comment
Read more 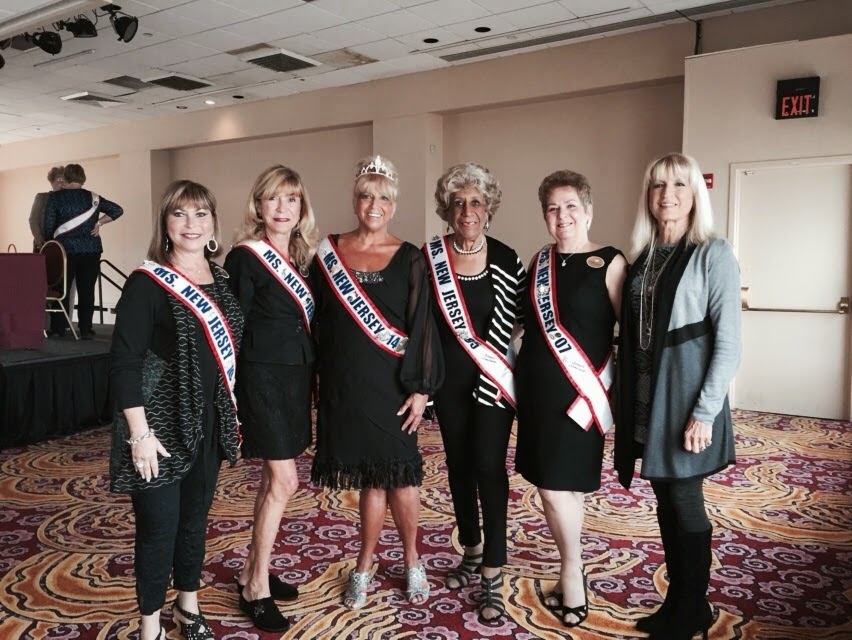 Besides participating in the MS SENIOR AMERICA PAGEANT 2014, Diane DeSalvo Beebe, MS NEW JERSEY SENIOR AMERICA 2014, also serves as Secretary of the NATIONAL SENIOR ALUMNAE ASSOCIATION. The NSAA Annual Meeting was held Tuesday morning, October 28th at Resorts in Atlantic City.  In spite of a busy schedule of rehearsals, Diane was at hand to take a picture with her Jersey "Sisters".  From left to right are: Rebecca Orsatti/MSNJSA2010, Johanne Santori/MSNJSA2006 and MS NEW JERSEY SENIOR AMERICA STATE PAGEANT DIRECTOR, Diane DeSalvo Beebe/MSNJSA2014, Norma McGhie/MSNJSA1995, Josephine Araniti/MSNJSA2007, and Carole Lelli, Vice Presisent/NEW JERSEY CAMEO CLUB.   The curtain has fallen, the MS SENIOR AMERICA PAGEANT 2014 is over, and the 42 State Queens have returned home.  Those Queens who made the Top 10, are either satisfied with their placement, or wondering why they didn't go higher, or, win the title.  The rest are probably trying to cope with their disapointment
Post a Comment
Read more 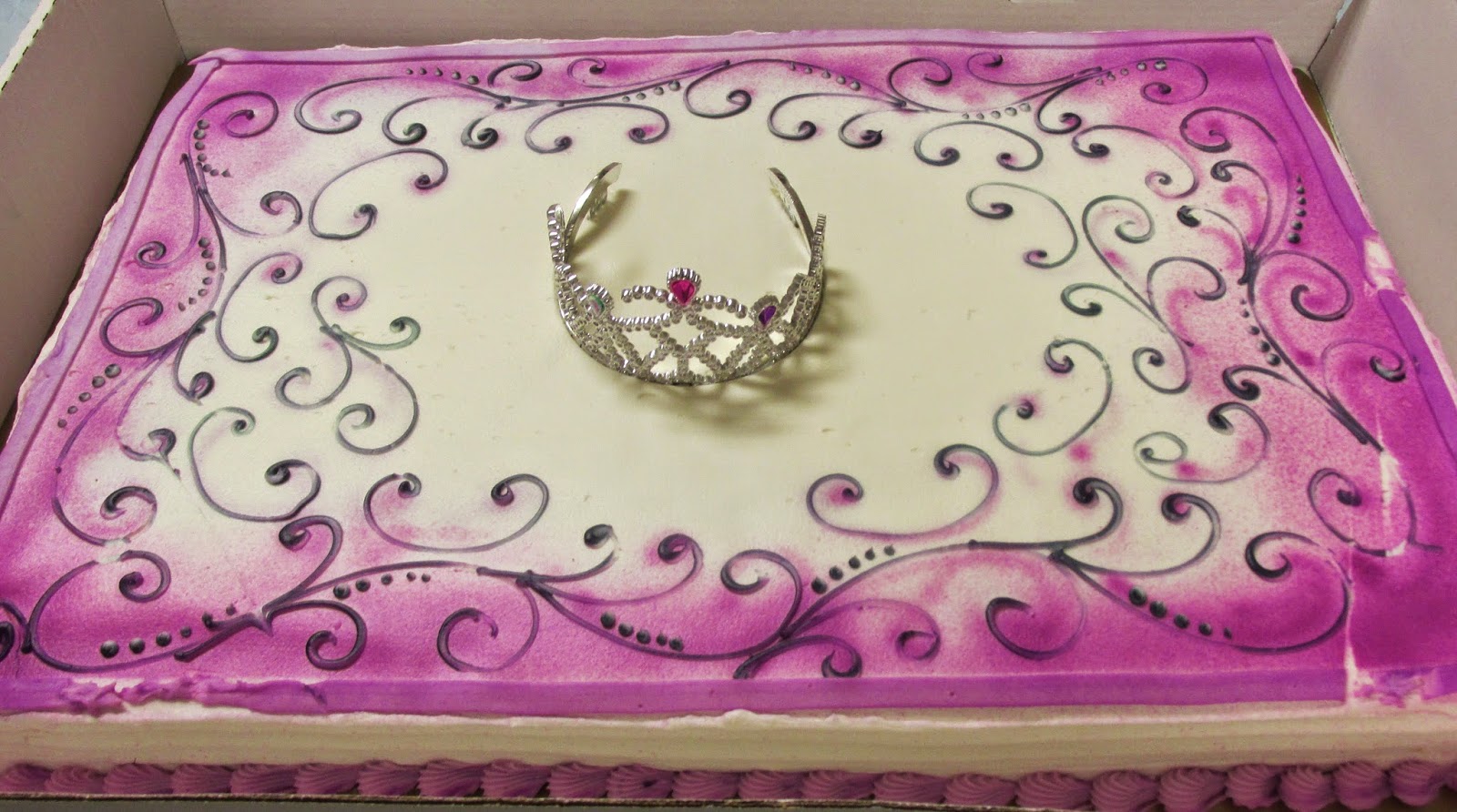 Since its inception in 1971, the elegant ladies of the NEW JERSEY CAMEO CLUB have brought laughter and cheer throughout the Garden State, with great shows.  From time to time, these shows create fond memories, for both audience and performers.  The first time invitation for the Women's Club of Homestead Run in Toms River, on Sunday, September 28th, was such an occasion.   The officers of the Women's catered to the performers comforts and needs.  They bought a special sheet cake, complete with a Queen's Crown to honor the ladies. Before the show began, they were anxious to take pictures with the ladies.  This is only one of many. The audience kept on taking photos and videos during the performance as well.  As usual, each lady was in top form, and the audience showed such appreciation with generous applause for everyone. After the show, there was a cake cutting ceremony, and everyone was treated to dessert and coffee.  People from the audience mingled wit
Post a Comment
Read more 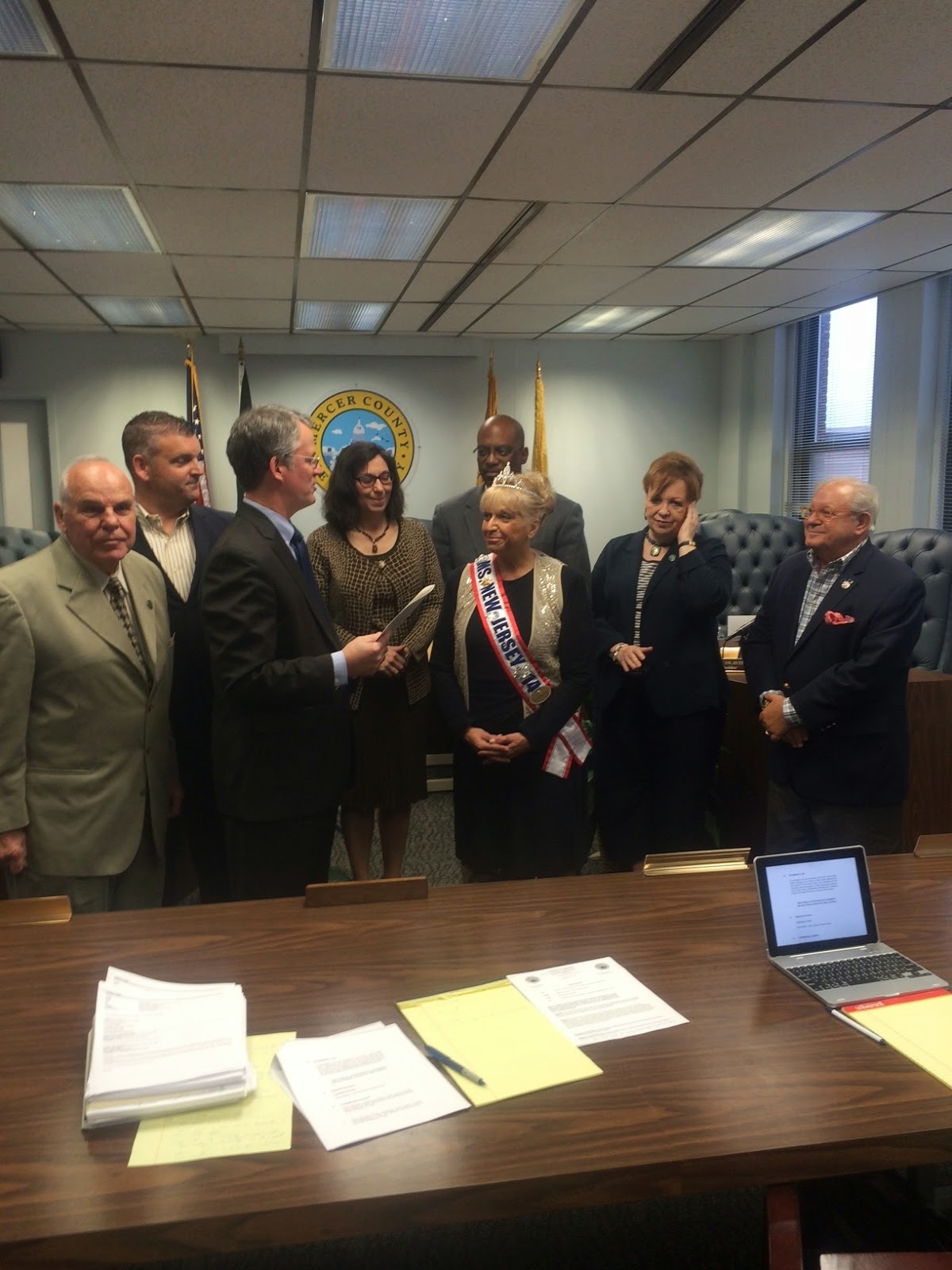 When reporting the news it is always wise to "check the facts" beforehand.  Unfortunately, this was not the case regarding MS NEW JERSEY SENIOR AMERICA 2014, Diane DeSalvo Beebe, and her impressive itinerary.  Therefore, a correction needs to be made.  In the preceding article, it was reported that Diane had already met with the Mercer County Board of Chosen Freeholders.  The meeting was actually earlier this evening in the Chamber Room of the Mercer County Board of Chosen Freeholders.  Chairman Andrew Koontz read the Proclamation of Achievement to QUEEN Diane, as the other members looked on. Another photo for the pleasure of the "paparazzi" at the completion of the ceremony. This reporter apologizes for causing any confusion to the family and friends, of QUEEN Diane, who support her by physically attending these events, or reading about them on this blog.
Post a Comment
Read more 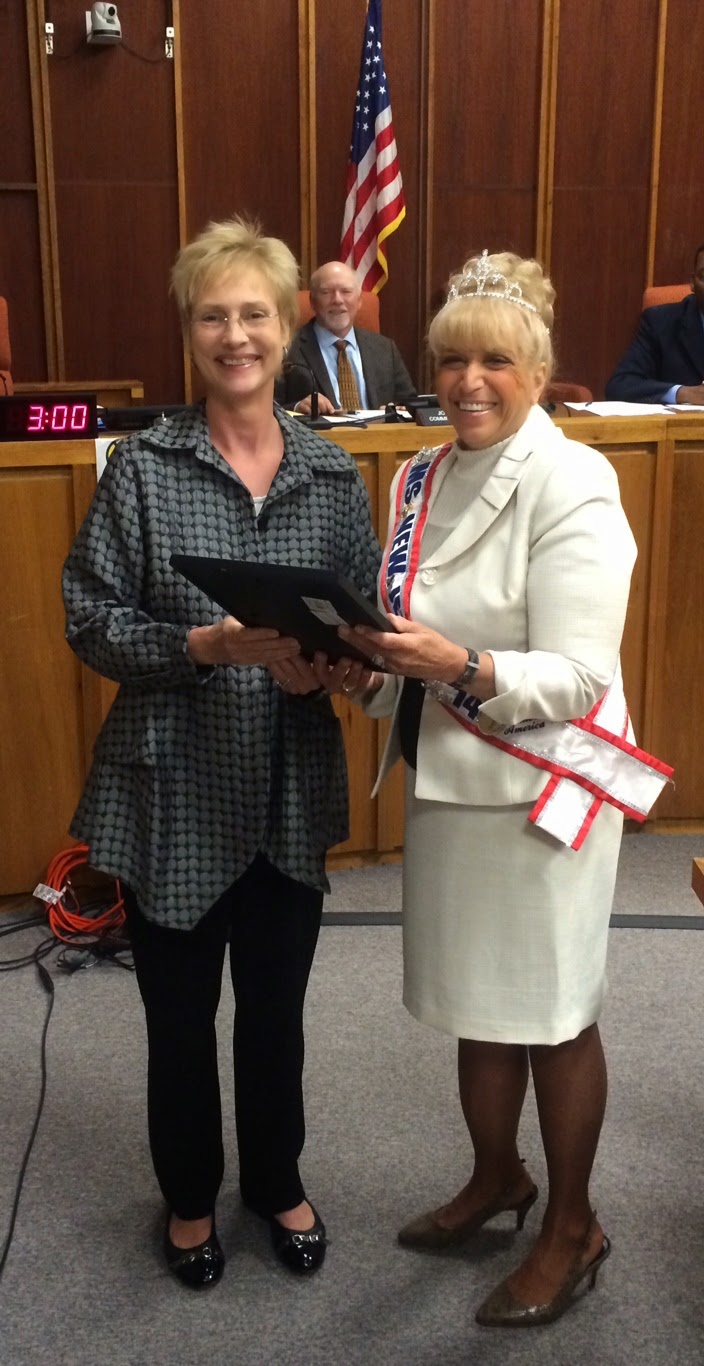 Since winning the title of MS NEW JERSEY SENIOR AMERICA 2014, Diane DeSalvo Beebe has been busy traveling throughout the Garden State, promoting the positive aspects of aging.  She and her "Queens Court" have been featured performers in  NEW JERSEY CAMEO CLUB SHOWCASES, and in  parades.  Also included in her itinerary are solo appearances in trade shows and radio and TV interviews. Recently Diane met with Andrew Koontz, Chairman, Mercer County Freeholders, who presented her with a written Proclamation of Achievement.  She has also received a written Proclamation from both Houses of the New Jersey State Legislature.  Yesterday, she was invited to Hopewell Township Town Hall, and was honored by Mayor Vanessa Sandom and members of the Town Council at their monthly meeting.   The event was covered by local TV and newspaper.  Diane DeSalvo Beebe, MS NEW JERSEY SENIOR AMERICA 2014 and Mayor Vanessa Sandom, smiled for the papparazzi.  Mayor Sandom then read the Proclamati
Post a Comment
Read more 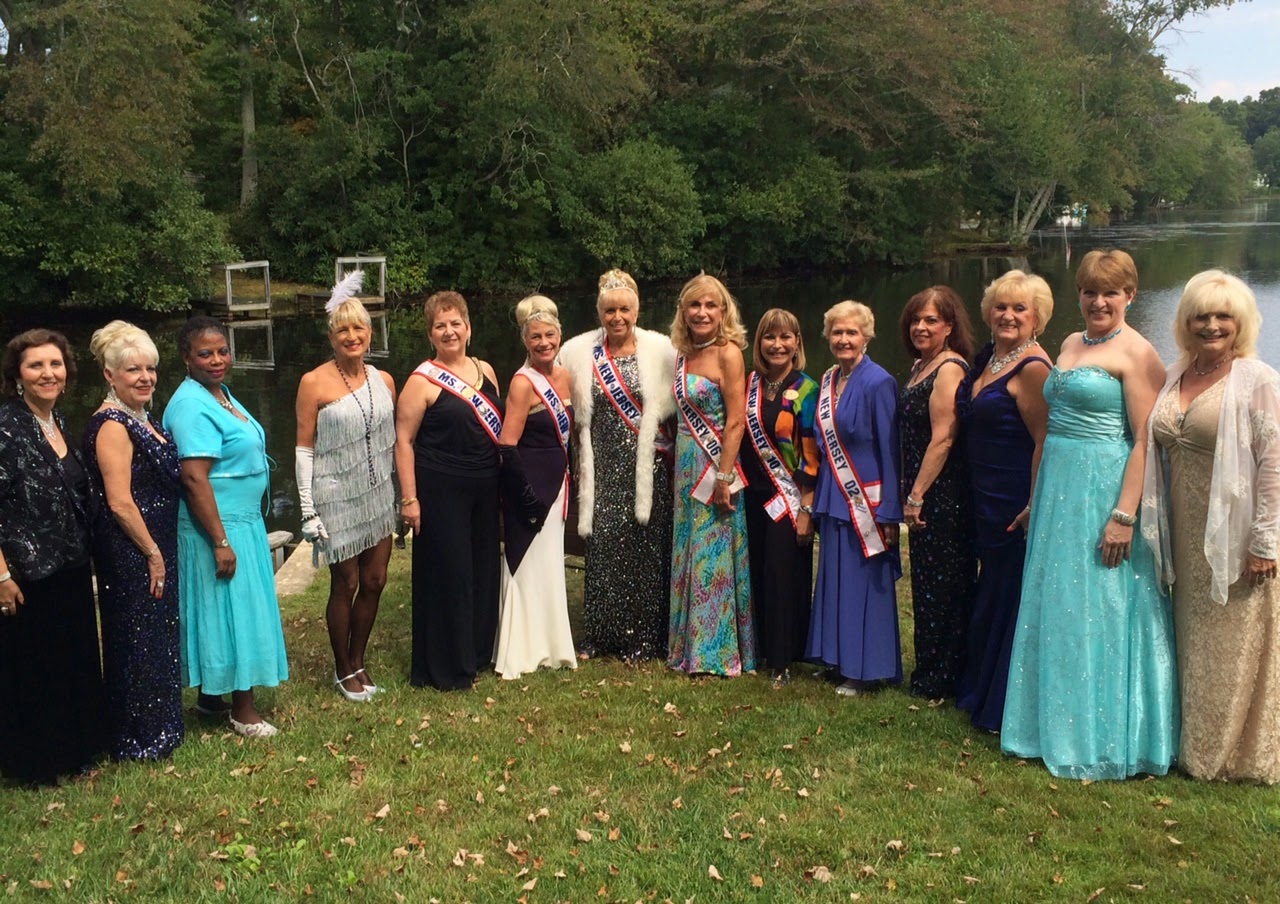 AtlantiCare Health System held their annual Senior Health Fair on Thursday, September 18th, at the Hammonton Canoe Club.   " It takes more than medicine to build a healthier community ", is their motto. Around 200 Seniors attended the annual Fall event.  Doctors were on hand and spoke on issues concerning Seniors.  A complimentary luncheon was served in the banquest hall overlooking beautiful Hammonton Lake, followed by a NEW JERSEY CAMEO CLUB SHOWCASE.   The show contained a variety of performances ranging from grand opera, to pop and jazz tunes, and comedy and dance routines.  This year, the show was enhanced by the enthusiasm of an elderly gentleman who sat in the front row.  He became the "object of affection" for several of the ladies' performances.  It was done in good taste and everyone had a good time. Diane DeSalvo Beebe/MS NEW JERSEY SENIOR AMERICA 2014, flanked on both sides by the elegant ladies of the NEW JERSEY CAMEO CLUB, outsi
Post a Comment
Read more 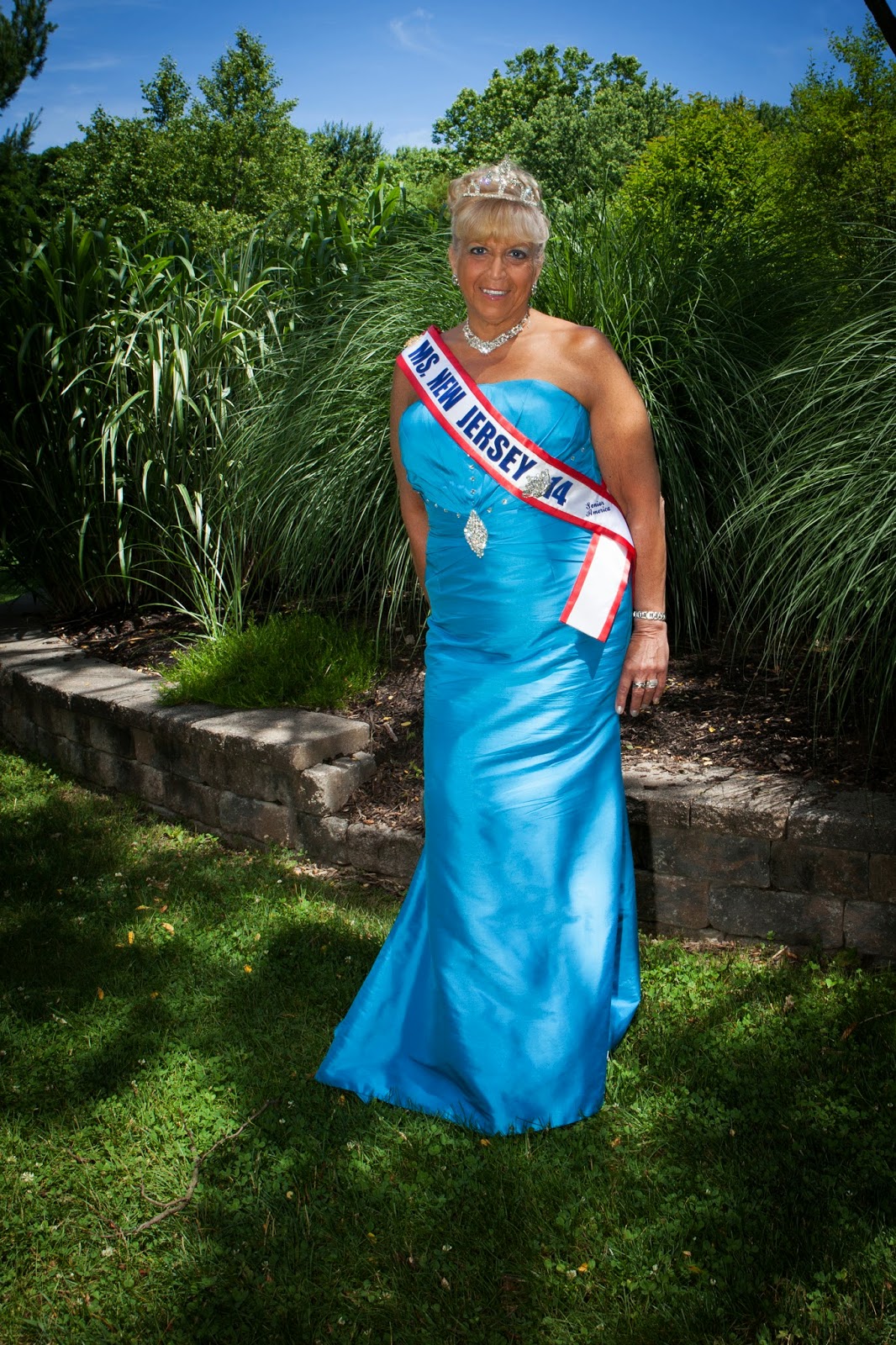 Diane DeSalvo Beebe, MSNJSA2014, possessed a radiant smile atop the float, and waved regally to the adoring crowds that lined the entire boardwalk in Atlantic City, on Monday, August 11th, for the 4th Annual Armed Forces Parade.  For her solo, Diane sang "GOD BLESS THE USA" .  The GRANDE DAMES CHORUS, also honored the veterans this year with a special number, a "MILITARY SALUTE" , which included athems from the 5 miliary branches.   Other great medleys included: Broadway and hits of the '60s with music from Motown.   Before the parade started there was a "photo frenzy" .  Making memories of good times is an important credo of the NEW JERSEY CAMEO CLUB, and the MS NEW JERSEY SENIOR AMERICA PAGEANT Organization.  Several of the ladies brought cameras for the photo op.  No sooner did they start taking pictures, that passersby begged to take pictures of them also.  There were 19 ladies in all, but unfortunately, not all were present at the
1 comment
Read more 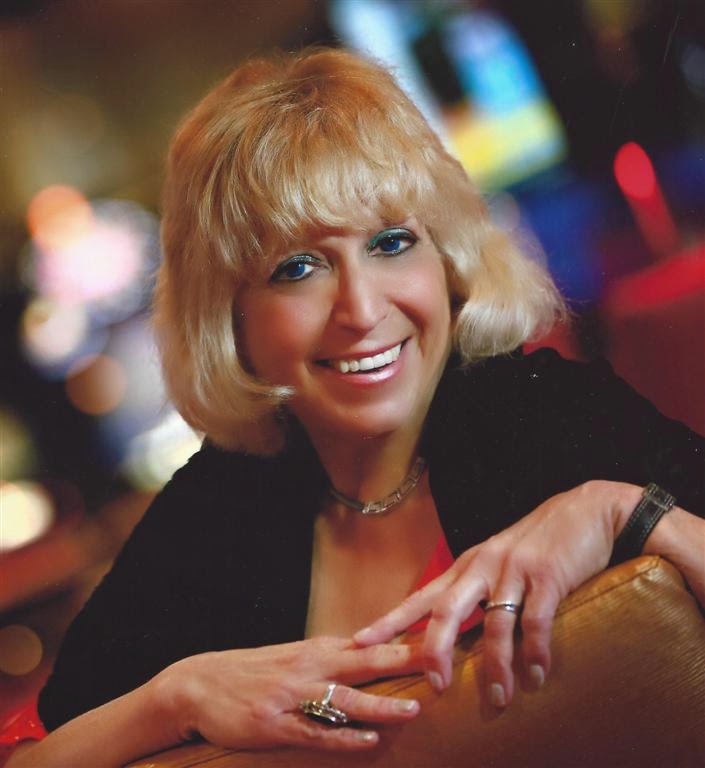 Diane Beebe, MS NEW JERSEY SENIOR AMERICA 2014 An anxious and excited hush fell over the audience in the Concert Venue Theater last Thursday, June 5th.  As the 14 contestants returned to the stage for the last time, each waiting nervously for her name to be called, they knew down deep in their hearts that only one of them would win the coveted title of MS NEW JERSEY SENIOR AMERICA 2014.   They had all done their best in the four categories of  Evening Gown, Philosophy of Life, Talent, and Personal Judges' Interview, and the endless wait onstage for the Judges' results had begun.    This year, the quality of contestants, and the diversity of talent was impressive, and it made for a delightful afternoon variety show as well as a hard fought Pageant.  Included in the afternoon's entertainment were performances by the GRANDE DAMES CHORUS under the direction of Josephine Araniti, MSNJSA 2007, the NEW JERSEY STAR DANCERS, under the direction of Brenda Christian, member
Post a Comment
Read more 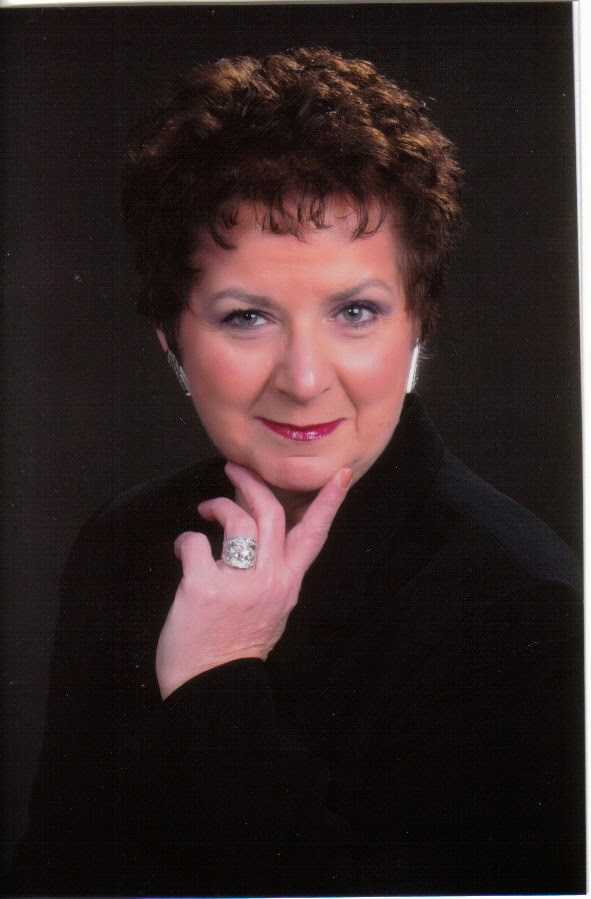 Josephine Araniti/MS NEW JERSEY SENIOR AMERICA 2007 Won "Exellance Over All" Statue, Certificate of Appreciation and Cash Prize of $50.00  Jo Ann Gordon/MS NEW JERSEY SENIOR AMERICA 2008 Won "#1 in Senior Pop" Statue, and Certificate of Appreciation Diane Beebe/Member, NEW JERSEY CAMEO CLUB Won"#1 in Senior Broadway" Statue, and Certificate of Appreciation  Seniors "down the shore"  were encouraged to audition for a new competition called PERFORMING ARTS IDOL, which was presented by the Performing Arts Ensemble of New Jersey.  The event was held on Sunday, June 1st at the Algonquin Theater in Manasquan.  The Performing Arts Ensemble, a non-profit 501(c)3 arts organization,  was founded in 1987 by Evelyn Gardell, a former professional dancer, and is based in Red Bank.  The mission of  the PERFORMING ARTS IDOL competition is to bring together, showcase and provide opportunities for exposure for New Jersey's great ta
Post a Comment
Read more 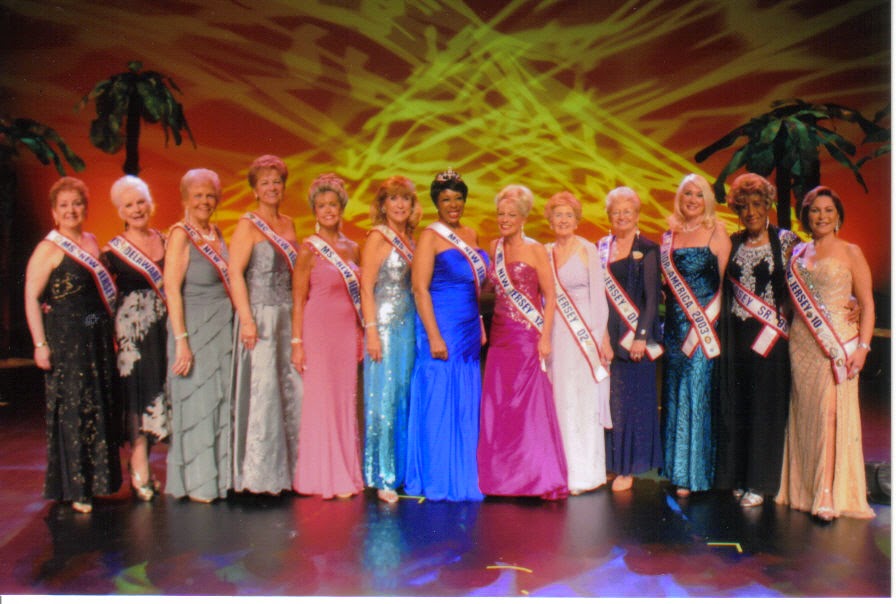 A FAREWELL TO THE QUEEN 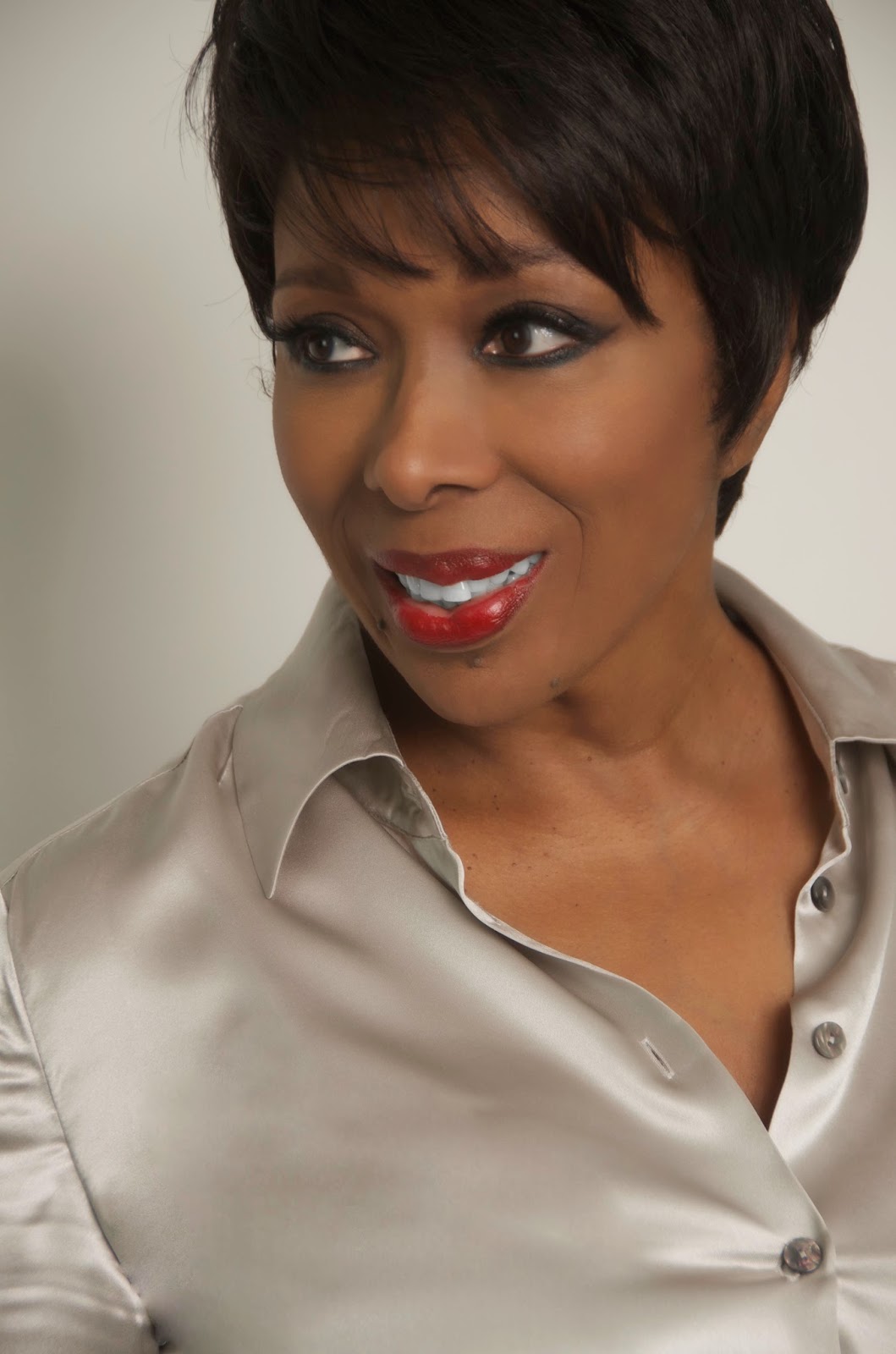