It seems like only yesterday when Carol Dugan, graced the stage of Harrah's, winning the hearts of both a panel of distinguished judges and an adoring audience, emerging victorious as MS NEW JERSEY SENIOR AMERICA 2012.  Her reign began on schedule, only to be interrupted the following October when Superstorm Sandy hit the eastern seaboard and ravished the New Jersey shore line.  Many appearances had to be cancelled.  Since Carol and husband John live in Ventnor, they too suffered property loss, and had to deal with the storm's devastation and aftermath.  In the months that followed Carol used her title, to offer whatever comfort and solace she could to others who live in her communtiy.  Earlier this month, she had an opportunity to speak to Governor Chris Christie about ongoing problems when he visited Ventnor.

When conditions improved, Carol resumed her duties as MS NEW JERSEY SENIOR AMERICA 2012, with an active schedule, and traveled throughout the State, promoting the positive aspects of aging.  The current Queen is always the centerpiece of the NEW JERSEY CAMEO CLUB Showcases, and Carol was the featured performer throughout the year.  Carol's performances were full of energy and her songs uplifting.  She had a way of making people smile and feel happier than they were before.

Carol Dugan has been a wonderful Queen, has served the MS NEW JERSEY SENIOR AMERICA PAGEANT Organization honorably, and has lived up to their highest standards.  She has accomplished much, and we are all proud of her.

T'is true that, next week, a new Queen will be chosen, and she will be expected to carry on the traditions of our long lived Pageant just as Carol and her predessors have done.  Happilly, Carol will not go away, but  will re-emerge anew.  She has joined the "Sisterhood" of the NEW JERSEY CAMEO CLUB, where she will continue to use her God-given talent,  and hopefully, will become a new voice to propel both the Pageant and Club to new heights!

CAROL DUGAN is loyal, honest and conscientious.  A Team Player, she has put the NEW JERSEY CAMEO CLUB above her personal needs.  A person whose character is above reproach, that its members are proud to call her "Sister".

A POEM FOR CAROL DUGAN

C - is for the Charismatic Charm you weave,
A - is for your Accomodating, kind, and unselfish ways,
R - is for your Refreshing, cool, and ivorating wit,
O - is for your Open, and sincere attitude,
L - is for Lady, the well bred woman that you are,

"True Dignity is Never Gained by Place,
And Never Lost when Honors are Withdrawn." - Massinger

"Our Greatest Glory Consists Not in Never Failing,
But in Rising Every Time We Fall." - Goldsmith

KUDOS TO CAROL DUGAN FOR A JOB WELL DONE!
Posted by Ms New Jersey Senior America at 8:32 PM No comments:

Pageant Is Rated General, And Is Suitable For The Entire Family

Carol Dugan, MS NEW JERSEY SENIOR AMERICA 2012.  Queen Carol will give a special performance that is sure to please the eyes and ears. 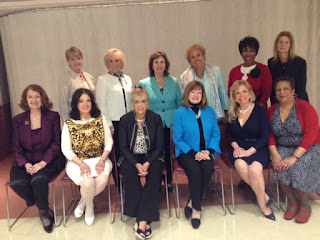 The very talented and exeptional CLASS OF 2013.  Come to the Pageant and cheer for your favorite "elegant lady"and help her win the coveted title of MS NEW JERSEY SENIOR AMERICA 2013.

The Pageant will include a variety of entertaining performances by the contestants, a Motown Medley by the Grande Dames Chorus, and performances by special guests, climaxing with the crowning of MS NEW JERSEY SENIOR AMERICA 2013.
COME ON DOWN AND ENJOY THE SHOW!
Posted by Ms New Jersey Senior America at 4:55 PM No comments: 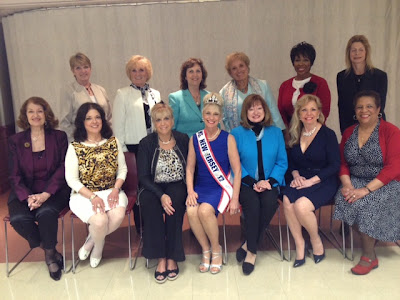 The CLASS OF 2013 was revealed on Monday, April 29th, at the MEET THE CONTESTANTS  luncheon, which was held at Leisuretown Adult Community, Southampton. The event was hosted by the officers of the NEW JERSEY CAMEO CLUB, and the help of resident Lyn Gibson/MSNJSA 2000, who reserved Laurel Hall for the occasion.

The fare included an assortment of wraps and submarine sandwiches, condiments, and hot and cold beverages.  Everyone looked forward to dessert, which was a special treat,  prepared by Jo Ann Gordon/MSNJSA 2008 & Vice President of the NJ CAMEO CLUB, which included 2 kinds of her fabulous brownies and delicious rice pudding.

With happy hearts and full stomachs,  Johanne Santori/MSNJSA 2006 & MSNJSA STATE PAGEANT DIRECTOR, began the meeting.  The "illuminati" introduced themselves and described their positions in the pageant organization and NJ CAMEO CLUB.  Carol Dugan/MSNJSA 2012, talked about the happy times she had during this year of her reign, and gave the contestants valuable advise about what they can expect.  Then, the time came for the contestants to introduce themselves.  Each lady was a delight for the eyes, spoke eleoquently and passionately, about their talent, and the causes they care about.  Johanne awarded each contestant a plaque of appreciation for their participation in this year's pageant.  The meeting concluded with a fun photo op for all, and rehearsal for the opening number of the pageant.
Posted by Ms New Jersey Senior America at 12:53 PM No comments: