The major holidays are over, with the exception of New Year that is fast approaching.  It seems fitting at this time to review some highlights from the year 2018, and to give honor to those fabulous ladies of the MS NEW JERSEY SENIOR AMERICA PAGEANT and the NEW JERSEY CAMEO CLUB. 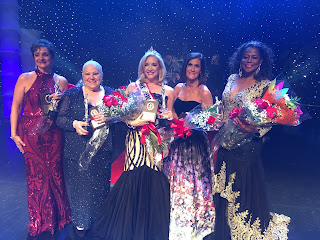 The MS NEW JERSEY SENIOR AMERICA PAGEANT 2018 was held last June at Harrah's, and Suzie Neustadter was crowned this year's QUEEN.  Since then, she and her Court have been traveling throughout the Garden State, appearing at age related venues, promoting the positive aspects of ageing. 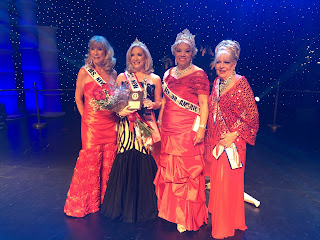 It was a year long search for that "gracious lady, who best exemplifies the dignity, maturity and inner beauty of all Senior Americans."  Thanks to the efforts of Terry Meade, MS NEW JERSEY SENIOR AMERICA STATE PAGEANT DIRECTOR, and the encouragemsnt and support she received from Johanne Santori, MS NEW JERSEY SENIOR AMERICA PAGEANT ADMINISTRATOR, who made this year's Pageant an outstanding success.  Carolyn Slade Harden, MSNJSA'17 & MSSA 2017, also provides a constant inspiration as she continues to appear in NEW JERSEY CAMEO CLUB SHOWCASES. 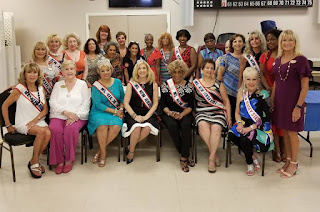 Quarterly meetings of the NEW JERSEY CAMEO CLUB are generally happy times, in which ladies from around the State gather together socially, have lunch and discuss Club and Pageant business.  However, it was noted, and unhappily so, that many members were absent, due to serious health problems. 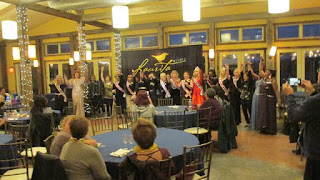 One memorable NJCC SHOWCASE was in October, at the invitation of Laurita Winery in New Egypt.

A special Showcase on November 11th, was the Veterans Day celebration at the Elks Lodge in Manahawkin.  The program began with the New Jersey State Law Enforcement Officers Honor Guard, and concluded with an Armed Forces Military musical salute. 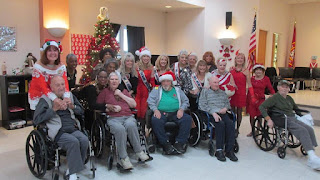 The NEW JERSEY CAMEO CLUB began the holiday season on November 27th, with a Christmas Showcase at Crestwood Manor in Whiting;  then, on November 29th, another, at the New Jersey Firemens Home, in Boonton.  The residents insisted on a photo op with the ladies. 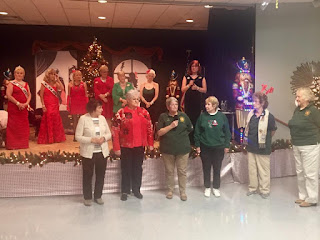 December 7th was a Christmas Showcase for the Veterans Home in Vineland.  Leah Whelan/MSNJSA'11, was QUEEN for a day, and was joined by her talented "sisters" in spreading holiday cheer. Her solo, "Mary, Did You Know", was so beautiful and touching. 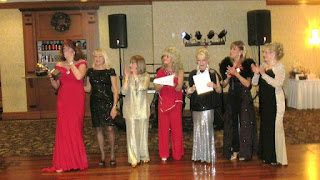 The NEW JERSEY CAMEO CLUB Christmas Party was fabulous.  Kudos to Jo Ann Gordon, MSNJSA'08, Vice President of the NJCC, and Chairman of the annual event, for a wonderful evening of great food and holiday cheer!  The Board of Directors honored Denise Mechan, NJCC SHOWCASE Coordinator, as an outstanding  member, with a trophy.  This year, she booked over 40 Showcases throughout the State. 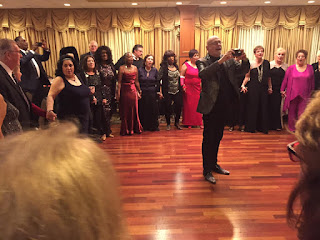 Steve & Debbie Berger provided great music for dancing.  At the end of the evening, he played "That's What Friends Are For", and the ladies formed a circle, hold hands and sang the iconic song.  Mark Meade usually stands outside the circle to take pictures from different angles.  This year, stood inside, and got included in this photo.  Maybe another husband took this one?  Was it Tom Mechan?  It's all good!

Finales make great photo ops, because everyone gets to be in the picture. This Showcase was at Crestwood Village II in Whiting, on December 12th, for the Ladies Christmas Party. 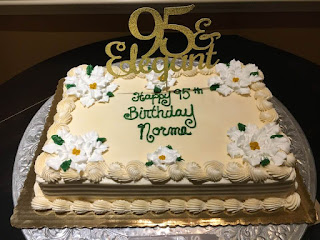 A very special lady celebrated her 95th birthday on Sunday, December 16th.  Sherri McGhie, MSNJSA'15, hosted a surprise birthday party for her Mom, Norma, MSNJSA'95.  The event was held at the Element Restaurant & Bar in Manahawkin. 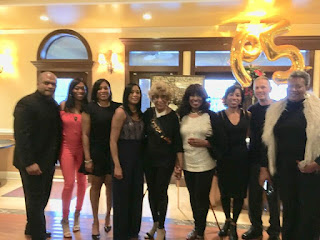 Norma was caught complely by surprise, and became emotional when she saw her family there. 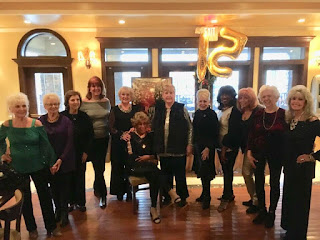 The final Showcase was at Bartley Healthcare in Jackson, on December 17th.  Although there is no photo in this article, Terry Meade posted several on her Facebook page.  The folks at that facility enjoyed the show, and can't wait for the CLUB to return in the spring.

As the cold, bleak winter approaches, we say bon voyage to the ladies who become "snow birds" and take flight for warmer climates, while others stay local to enjoy whatever "mother nature" may throw their way.  In any event, it is a time for all to rest, recharge, and to reflect on all the good times, and on the memories of the past year.
Lastly, May God continue to give you good health in the year to come, protect those "sisters" who have serious health issues, and give comfort to those who have lost loved ones during the year.
Posted by Ms New Jersey Senior America at 3:29 PM 2 comments: