The main goal of MS NEW JERSEY SENIOR AMERICA, INC, a non profit 501c3 organization, is for its Queens and members to be of service to the community.  Whereas the PAGEANT occurs once a year, and is for the purpose of crowning a new QUEEN, the NEW JERSEY CAMEO CLUB is the service wing, and has ongoing activities for its members all year long. 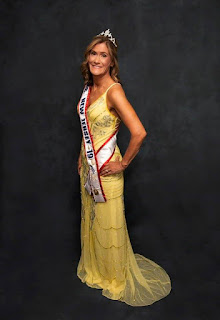 Each year, the Queen gets to realize her specific platform and its implementation during the year of her reign. Last year, Debra Canale, MS NEW JERSEY SENIOR AMERICA 2019, found a worthy organization to participate in and to volunteer for, the WOUNDED WARRIOR WEEK project.  Due to the coronavirus, the 2020 PAGEANT was canceled.  Debra was chosen to continue to represent the State of New Jersey during 2020.  She graciously agreed and continues to honor and to serve in matters concerning the PAGEANT organization.

The project started 9 years ago, by members of the American Legion Post #469, located in Longport, New Jersey.  Their goal is to give an all expenses paid one week vacation to an injured soldier and their  family in the City of Longport.  Each year, they work with the military to find a worthy wounded soldier from around the country to honor.  They encourage other groups to donate gifts as well.

The 9th annual Wounded Warrior Week 2020 began on Tuesday, September 15th and ends on the 22nd.  This year's recipient was SFC Richard Stayskal, who is a former member of the US Marine Corps and Green Beret. He and his wife and 2 daughters arrived last week from Florida, and the family has been enjoying the many activities planned for them, which included dinners at area restaurants, and special military-like ceremonies and receptions.

Stayskal served from 2001 to 2006, and was seriously wounded in Iraq.  After he recovered, he held numerous positions during his career.  He received both a Purple Heart and a Bronze Star for his meritorious service.  Stayskal's health issues intensified in 2019, when he received a terminal diagnosis of stage 4 cancer.  He entered the Moffit Cancer in Florida, where he is undergoing immunotherapy.

The kickoff began last Tuesday, with a parade that started at the Ventnor shopping center, then proceeded through downtown Margate, and ended in Longport.  Ventnor Mayor Beth Holtzman provided opening remarks amid a crowd of avid supporters. 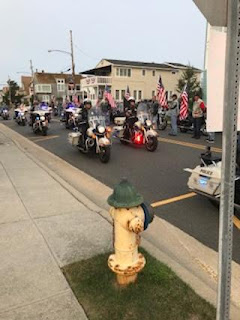 A brigade of supporters in the parade included: the American Legion Riders of Somers Point, who led the parade, Atlantic City Police Motorcycle Unit, Firefighters and Police from Ventnor, Margate and Longport, and the Boy Scouts/Troop 386 from Egg Harbor Township, to name a few. 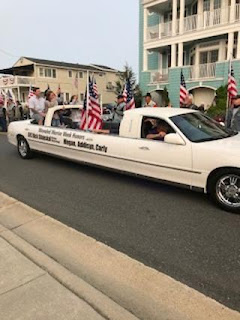 The Stayskal family sat atop the back of the American Legion's stretch limousine, waving to the cheering crowd that line the streets.  Children and adults showed their support by wearing red, white and blue and held miniature flags and homemade posters, thanking Stayskal for his service.  At the end of the parade, another ceremony was held in Longport at the bayfront park, located behind Borough Hall.  Mayor Nicolas Russo welcomed the family, and explained the origin and meaning of Wounded Warrior Week to the crowd.  Afterwards, he invited the groups wishing to give gifts to come forward with their presentations.  At that time, QUEEN Debra presented the family with a gift on behalf of the NEW JERSEY CAMEO CLUB, which included a photo frame and a gift certificate. 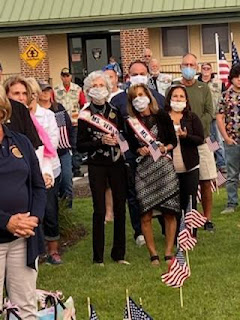 Tomorrow ends the week-long celebration of this exemplary wounded warrior, SFC Richard Stayskal, who will return to the Moffitt Cancer Center in Florida for continued immunotherapy treatment.  With God's help, hopefully, he will win this last battle.