A NEW QUEEN IS WELCOMED INTO THE AGE OF ELEGANCE 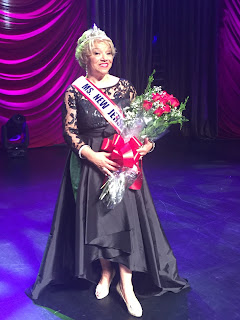 The search has ended, and a new QUEEN was crowned last Wednesday, who will carry on the mission of the MS NEW JERSEY SENIOR AMERICA PAGEANT organization, which is to "promote the positive aspects on aging".  A discerning and distinguished panel of judges recognized Carolyn Slade Harden of Manchester, as that special woman who possessed the most dignity, maturity and inner beauty.   Ms Harden enchanted the audience at Harrahs' Concert Venue Theater the moment she entered the stage, with a warm and engaging smile. 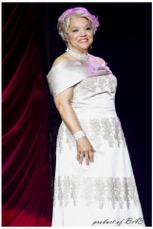 Her attire was very haute couture, as she glided effortlessly across the stage in the Evening Gown portion of the competition.  Music has been her "lifes' blood", and for her Philosophy of Life, she composed a poem, using titles of familiar songs to show how she has lived her life. 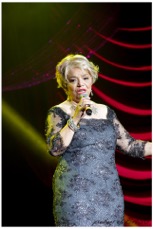 Her philosophy was emphasized once again in the Talent Presentation, by the song, "For Once In My Life".  Carolyn possesses a warm mezzo voice, and her style is reminsicent of the great female songstresses of the past century.  Her delivery was deeply felt by the audience, who rewarded her with a standing ovation. 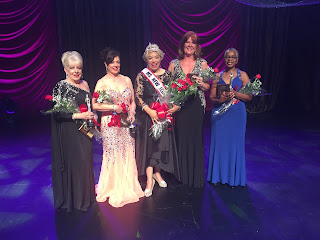 The QUEEN and her COURT.
In the year to follow, QUEEN Carolyn will be accompanied by her COURT, in appearances with the NEW JERSEY CAMEO CLUB, in showcases throughout the State of New Jersey.  These 4 ladies also scored highly among the 9 women who competed this year.  From left to right are: Terry Meade of Princeton, 2nd Runner up, who sang and danced to the song , "Broadway Baby", from the hit musical Follies; Carol Rosario of Southampton, 1st Runner up, who sang "Orange Colored Sky"; QUEEN Carolyn; Denise Mechan of Bayville, 4th Runner up who sang a John Denver song, "Perhaps Love"; and Wenonah Brooks of Hopewell, 3rd Runner up, who sang "Over The Rainbow". 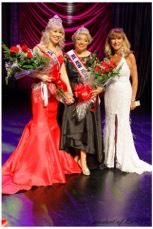 After the Pageant, everyone flocked to the stage in a photo frenzy.  QUEEN Carolyn is flanked on the left by Peggy Lee Brennan, MS SENIOR AMERICA 2016.  Peggy flew in from Missouri, and was one of the  featured guest performers.  Standing on the right is Johanne Santori, MSNJSA STATE ADMINISTRATOR & PAGEANT DIRECTOR.  Johanne also sang a popular song in French.  Other featured performers were: the GRANDE DAMES CHORUS; Jim Craine, the "singing lifeguard";  the reigning Mr. Mature, 2017,  and a farewell performance by outgoing QUEEN, Diane Deluca, MSNJSA 2016.  An Apres Pageant Party was held in the Eden Lounge, with music provided by Steve and Debbie Berger.

The MS NEW JERSEY SENIOR AMERICA PAGEANT, a time honored Pageant, that began in 1971, shares the same philosphy of its parent organization, the MS SENIOR AMERICA PAGEANT, which is based on the belief that Seniors are the foundation of America and our most valuable treasure.  Over the years, these QUEENS have carried out their responsibilites successfully.  Over time, many have either passed away, or have moved to other States.  QUEEN Carolyn is seen here with those past QUEENS who  still remain, with the oldest, Norma McGhie, MSNJSA 1995, to outing going QUEEN, Diane Deluca, MSNJSA 2016. 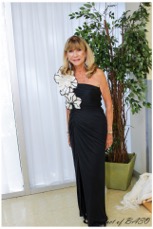 To paraphrase a popular quotation, "it takes a village to make a pageant",  describes how hard  many people worked this year to make the MSNJSA PAGEANT 2017, successful.  However, without proper leadership, none of it would have happened.  Kudos to NJ State Administrator & Pageant Director Johanne Santori, MSNJSA2006, and her beloved husband Adeo, for their tireless efforts, who made it all possible.
Posted by Ms New Jersey Senior America at 3:08 PM No comments: