A LONG HOT SUMMER FOR THE NEW JERSEY CAMEO CLUB


The long, hot summer did not deter the glamorous ladies of the NEW JERSEY CAMEO CLUB, as they came forward to complete their "expected rounds".  Denise Mechan, SHOWCASE COORDINATOR, scheduled showcases Statewide, while Johanne Santori/MSNJSA2006 and PAGEANT ADMINISTRATOR, planned the annual Showcase at Kennedy Plaza on the boardwalk at Atlantic City.

Mattison Crossing in Freehold had a theater, and the ladies gave a Las Vegas style Showcase for the residents to enjoy. 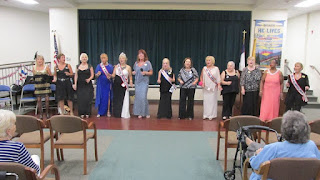 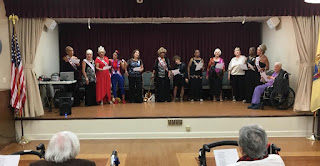 Crestwood Manor in Whiting is also a favorite place to entertain, and there was also an auditorium.  This time, the ladies used the stage as well as the floor to perform.  Former NEW JERSEY CAMEO CLUB member Gloria Segal, (sitting in the wheelchair), was invited to sing a solo.  There was also a sing-a-long for the audience to participate. 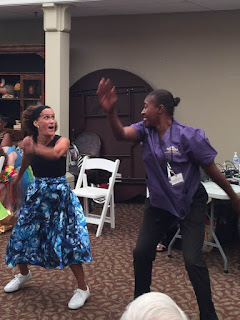 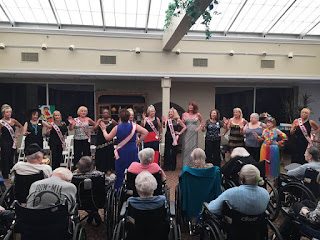 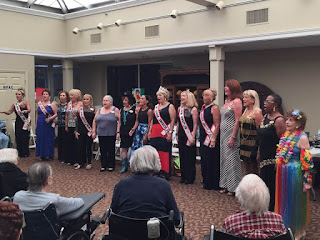 The Showcase at Arcadia Nursing & Rehab in Hamilton was held in the sunny atrium.  The air conditioning system kept the humidity level down, but the indoor temperature stayed at a balmy 80 degrees.  As usual, the ladies were fabulous, but the real show stopper of the day was gymnist, Debra Canale.  She found a very able assistant who followed her lively dance routine great, with the exception of the summersaults and cartwheels!  After the show, Terry Meade, MS NEW JERSEY SENIOR AMERICA STATE PAGEANT DIRECTOR, invited everyone to her home in Princeton Junction, for a lavish party.

This year, the annual Showcase on the Boardwalk at Kennedy Plaza was "HOT" in every respect.   Each lady was at her stellar best, despite the steamy temperature that stayed in the mid 90's! 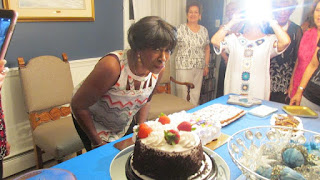 ANOTHER PAGEANT ... ANOTHER QUEEN!


As title of this article matches the lyrics of a great song, "Another Op'ning of Another Show", so went the MS NEW YORK SENIOR AMERICA PAGEANT 2018.  Ten NEW JERSEY CAMEO CLUB "Sisters" attended the event, which was held at Molloy College, Madison Theater, in Rockville Center, New York, on Sunday, July 29th. 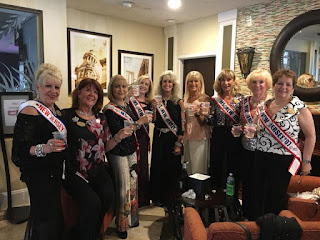 Emcees for the afternoon show were Pageant Director, Marlene Schuss and her daughter.  The 10 contestants were lovely and their talents ranged from singing, dancing, visual and comedy.  Their resident dance group, The Seasoned Steppers, and Carolyn Slade Harden, MS SENIOR AMERICA 2017, and MSNJSA 2017, provided the entertainment.  The Finale included the crowning of their new QUEEN, Maureen Griffin-Damone, MS NEW YORK SENIOR AMERICA 2018.

Following the Pageant, family and friends gathered at the Rockville Links Club for the Coronation Ball, for and evening of great food and fun. 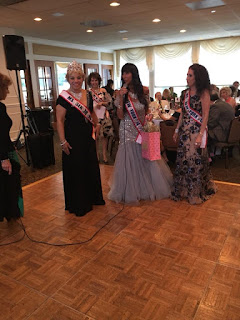 QUEEN Carolyn Slade Harden, was among the honored guests at the Coronation Ball, who recieved a gift as a token of gratitude from the MS New York Senior America Pageant. 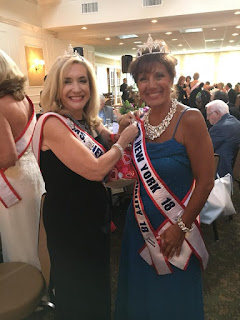 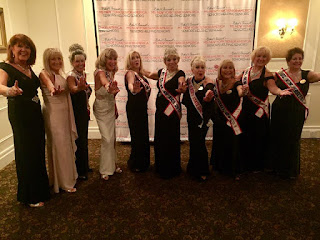 For thier first photo, the girls were asked to pose as though they were singing one of their favorite medleys.  Can you guess which one? 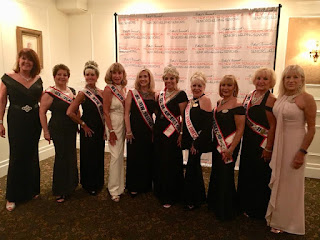 This next one revealed all the grace, dignity and beauty of these fabulous "Sisters". 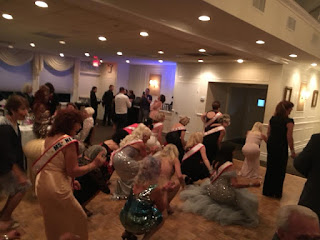 Everyone danced the night away.  In this dance, the ladies followed the directions in the DJ's song.  At this point, some could bend down lower than others - or not! 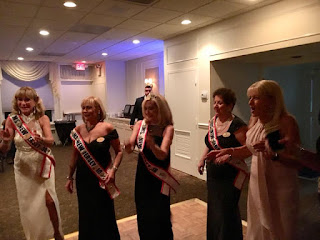 In this photo, the ladies formed a circle, each waiting for the chance to go into the middle to do her favorite "bump and grind" move.  You can just imagine what that looked like!

The ladies of NEW YORK CAMEO CLUB are true "Sisters" and were such fun to be with.  All evening long, they came over to our table to thank us for coming.  At evenings end, they returned to say goodbye, with hugs and kisses.

Kudos to Marlene Schuss for putting on a great Pageant.  Good luck to her QUEEN, and to ours, Suzie Neustadter, as they prepare for the National Pageant.

FYI:  Plans for the MS SENIOR AMERICA PAGEANT 2018, are now underway, and all the details have been posted on their website: www.senioramerica.org.  Pageant week is: Sunday, October 14th through Thursday, October 18th.  There are several activities during the week that the public is invited to attend, as well as the 2 Preliminaries and Final Pageant, on Tuesday, Wednesday and Thursday.
Posted by Ms New Jersey Senior America at 1:11 PM No comments: