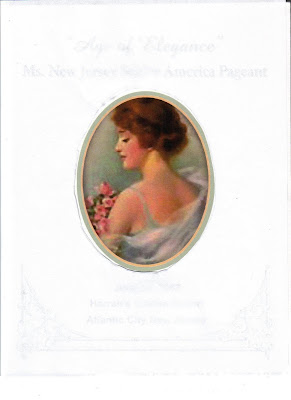 Atlantic City will once again become alive with excitement in anticipation of the 40th Anniversary Special Presentation of the MS NEW JERSEY SENIOR AMERICA PAGEANT. Thirteen elegant ladies, 60 years and older, who come from different parts of the Garden State, will grace the stage at Harrah's to compete for the coveted title of MS NEW JERSEY SENIOR AMERICA 2011.
Harrah's Resort Hotel and Casino will again host the MS NEW JERSEY SENIOR AMERICA PAGEANT 2011. The event will be held on Thursday, June 2nd, in the Concert Venue Theater at 1:00 pm.
Contestants are judged in four catagories: Interview, Philosophy of Life, Evening Gown, and Talent. Upon winning the State title, the Queen becomes the delegate from New Jersey and will compete in the national pageant which will also be held at Harrah's in October.
The pageant will also include a variety of other entertaining performances, and climaxes with outgoing Queen Rebecca Orsatti, who will deliver her farewell address, sing, and crown this year's winner. The pageant is rated general and can be enjoyed by the entire family.
Tickets are $10.00 and can be purchased ahead of time, or at the door, by calling
(732) 557-9799, or (609) 645-8739.
Photos and story of contestants can be found on our blog: http://www.msnewjerseysenioramerica.blogspot.com/
Posted by Ms New Jersey Senior America at 3:45 PM No comments: 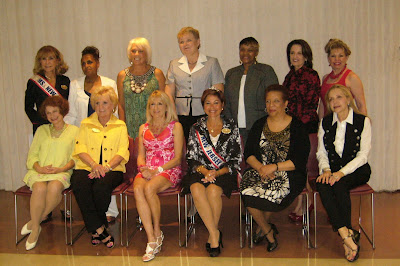 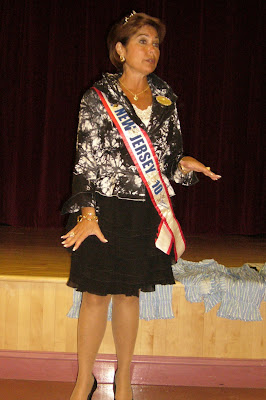 Rebecca Orsatti, MSNJSA 2010, reminisces over her happy year, and gives timely advice to the CLASS OF 2011. 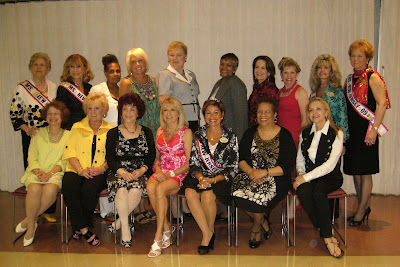 An orientation-luncheon was held for the ladies who comprise the CLASS OF 2011, at which time the contestants got acquainted with each other, and learned how to prepare for the upcoming pageant. Officers and members of the NEW JERSEY CAMEO CLUB, hosted the luncheon, and Lyn Gibson, MSNJSA 2000, resident of Leisuretown, Southhampton, arranged for the meeting to be held in Laurel Hall.
After lunch, Johanne Santori, MSNJSA PAGEANT State Director, began the preliminary rehearsal for the pageant. The ladies were bright and seemed eager to work hard, as they paraded briskly across the stage, trying to follow the myriad of directions. Johanne made the afternoon rehearsal pleasant, preparing the ladies well for the next time they will meet, .... at the pageant, and, on the big stage at Harrah's!
The Talent Presentation of the Pageant is usually the most entertaining for the audience, and this year's class offers a variety of performances. Here is the lineup of each lady's talent.

There they are! Each lady is great, posseses her own, unique God-given talent, and each has her "eye on the prize". Come on down to Harrah's, and see how the drama unfolds at the MS NEW JERSEY SENIOR AMERICA PAGEANT 2011. Keep score and cheer your favorite lady on to victory. Remember the date; Thursday, June 2nd at 1:00 pm.