Diane Beebe is an great example of women who live in the "Age of Elegance", that is 60 or better.  After winning the title of MS NEW JERSEY SENIOR AMERICA 2014, she joined the NEW JERSEY CAMEO CLUB, and became an active member.  She is a regular performer in their SHOWCASES, and when she is present, she operates the sound system as well.  Diane helped the Pageant organization to grow, by creating the State website, and serves as the webmaster.  She served as Secretary of NSAA for 2 terms, and created that organization's website as well. 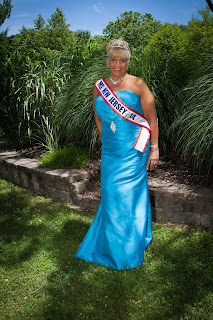 Diane Beebe, MS NEW JERSEY SENIOR AMERICA 2014, is realizing her dream of a career in acting. No stranger to show business, her debut as a solo performer dates back to the tender age of 4.  In her life, Diane combined the multiple roles of wife, mother, business woman, singer, and actress.  In her senior years, Diane decided to return to acting, and was successful.  She has appeared in TV shows and a soon to be released movie as a background actor.

Recently, Diane won an NY NUB Award, which was the first ever given by that film industry, for background acting.  This news caught the interest of www.communitynews.org, an area newspaper, and a reporter contacted Diane for an interview.  The article, published on February 22nd, is an in depth overview of Diane's interesting life, from childhood to the present day.  To read the full story, click on this link:
https://communitynews.org/2018/02/22/hopewell-woman-wins-award-background-acting/

Kudos to this NEW JERSEY CAMEO CLUB member and former QUEEN, who has proven that life after 60, can be exciting, rewarding and fulfilling.
Posted by Ms New Jersey Senior America at 9:43 AM No comments:

Since her appointment as EXECUTIVE PAGEANT DIRECTOR of the MS NEW JERSEY SENIOR AMERICA PAGEANT, Terry Meade of Princeton Junction, has been busy seeking contestants for the 2018 Pageant, and doing her utmost to spread the word across the State about the Organization.   Recently, a reporter from the West Windsor News, a newspaper in her area, interviewed Terry and wrote an extensive article that was published this week. 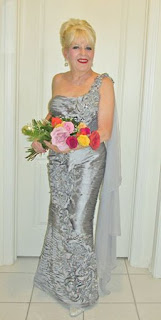 Terry's story is a poignant and beautiful account of her life from childhood to the present.  After reading it, one will realize why Terry was the most qualified successor to Johanne Santori.  The feature article also was published online, and can be accessed by clicking on this link:
https://communitynews.org/2018/02/14/village-grande-woman-named-ms-new-jersey-senior-america-pageant/

FYI.     Any lady over the age of 60, who is interested in becoming a contestant, can call Terry at:  908-216-8534, or by email:  tbm5201@aol.com.
To learn more about the MS NEW JERSEY SENIOR AMERICA PAGEANT, please visit our website: www.newjerseysenioramerica.org.

Posted by Ms New Jersey Senior America at 11:01 AM No comments:

MEMORIES OF GOOD TIMES GONE BY


The ladies of the NEW JERSEY CAMEO CLUB had a great evening of food, libations, dancing and song, last December at the annual Christmas Party, but for some reason the event went unreported on this blog site.  Some CLUB members were unable to attend the party, due to illness, or distance.  So, the following is a recap of the great time had by all.

The Christmas party was held at the Toms River Hotel.  The ladies gathered together to pose for their annual portrait.  Betsy Mott and Robin Milne were the guests of honor, and were included in the photo also. 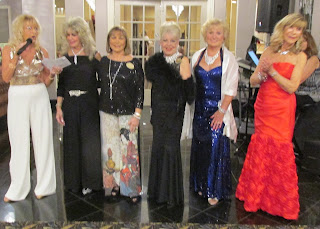 After dinner, announcements, acknowledgements, and gifts followed.  President Carole Lelli announced the new board members who will begin their term in January of 2018, who are: Carole, President, Lyn Gibson, Vice President, who is not in the photo, Leah Whelan, Secretary, and Rebecca Orsatti, Treasurer.  She thanked JoAnn Gordon MSNJSA2008 and her committee for providing such a great evening for the members.  Administrator Johanne Santori introduced Terry Meade as the new Executive State Pageant Director. 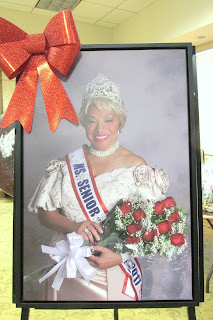 President Carole presented Carolyn Slade Harden MSNJSA2017 this portait  on behalf of the Board and NEW JERSEY CAMEO CLUB.  QUEEN Carolyn was noticably shaken when she expressed her thanks for the lovely gift. 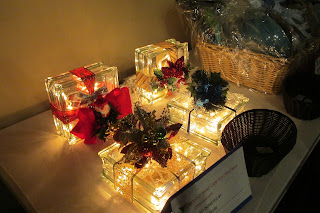 Everyone settled down in anticipation of the Great Raffle that followed.  The tables were full of great gifts that were provded by the members.  JoAnn Gordon MSNJSA2008, took over to read the tickets and announce the winners. 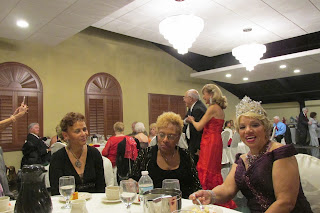 Here she is, QUEEN Carolyn and her freinds from La Rennaisance, enjoying themselves all evening long. 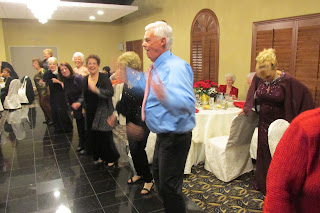 Of course, there was dancing to the music of Steve and Debbie Berger.  Line dancing is a fun activity, as members joined in dancing their favorite, the electric slide. 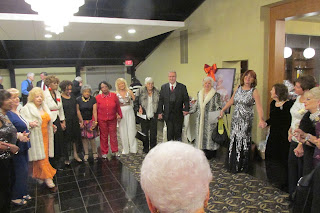 As the evening came to an end, the ladies joined hands together to form the "Circle of Sisterhood", singing and swaying to the song, "That's What Friends Are For".  Hugs, kisses and well wishes followed as the ladies gradually dispersed and went home.  Hopefully, the cold and flu season will not affect these sweet ladies in the days and year ahead.

FYI.  These photos were taken by Mark Meade, and lovely provided by Terry Meade, our new Executive State Pageant Director.
Posted by Ms New Jersey Senior America at 9:14 AM 1 comment:

FAREWELL TO A SWEET LADY


The past week marked the passing of Josephine Mazzarella, mother of JoAnn Gordon, MSNJSA 2008.  Family, friends, and New Jersey Cameo Club sisters attended her wake on Sunday, February 11th at the Silverton Memorial Home in Toms River, followed by a funeral Mass this morning at St. Justin Roman Catholic Church. 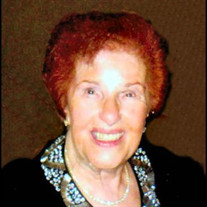 Josephine was a woman whose warm smile and loving ways enriched the lives of all those who knew her.  She was so proud of her daughter JoAnn when she won the title of MS NEW JERSEY SENIOR AMERICA 2008.  Josephine loved to attend New Jersey Cameo Club Showcases, to hear JoAnn sing.  Over the years, she was a generous financial supporter of the annual MSNJSA PAGEANT. 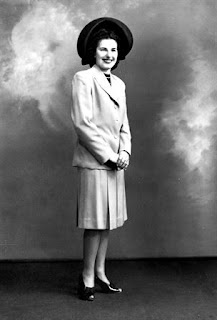 Josephine was born in Newark, NJ, and worked as a clerk for the Essex County Probation Department. 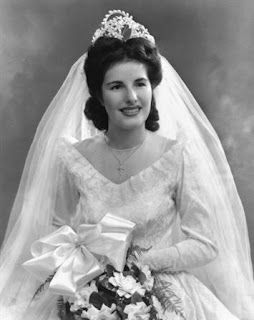 Josephine made such a lovely bride of the forties era, when her name then changed to Mrs. Papasidero. 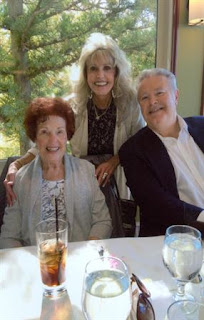 Unfortunately, tragedy struck with the death of her husband, and Josephine had to raise their two children, JoAnn and Joseph alone.  She was proud of her Italian heritage, and would welcome anyone into her home with with a delicious homecooked Italian meal. 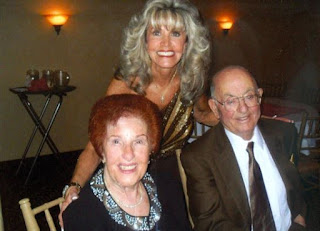 Josephine was fortunate to find love again later in life, and was married to Joseph Mazzarella.  They lived in Lavalette in Joe's home, until he predeceased her.

During the last few years of her life, Josephine managed to enjoy life amid countless setbacks with her health, and JoAnn was always by her side.  They were inseparable - laughing, and crying together - hoping that the next day would be better.  Mother is gone now, and the hole that remains in her daughter's heart will be hard to close in the days, weeks, even years to come.

Josephine is God's very own now, and she is at peace.  As for JoAnn, please know that God also cares for you today and will take of you in this your time of sorrow and loss.  He will either shield you from your suffering, or give you the strength to bear it.  Amen.
Posted by Ms New Jersey Senior America at 1:14 PM 1 comment: