August was a busy month for the fabulous ladies of the NEW JERSEY CAMEO CLUB, as they traveled around the Garden State to age related venues, bringing cheer to their constituents. 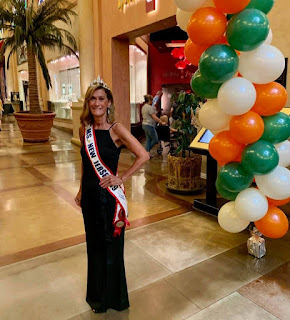 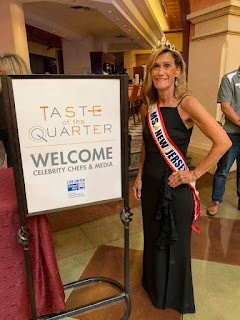 On August 19th, QUEEN Debra was invited to attend the annual "Taste of the Quarter" food expo, sponsored by the United Way, at the Tropicana. 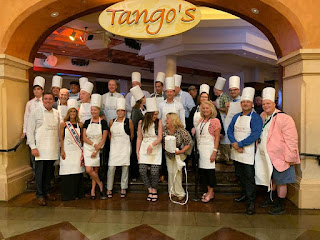 Chefs from all the restaurants at the Tropicana were on hand that evening, and they cooked their signature recipes, as hundreds of people looked on. QUEEN Debra was the Celebrity Chef, who was in charge of handing out the delicious desserts to the crowd. 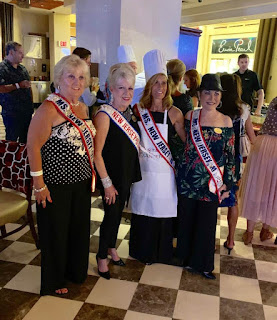 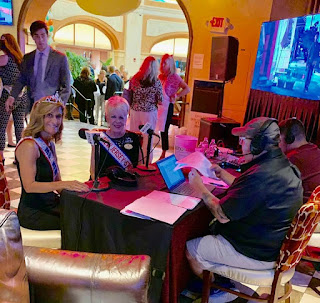 QUEEN Debra and Terry also were interviewed on WOND 1400 Radio that evening, at which time they promoted next year's MS NEW JERSEY SENIOR AMERICA PAGEANT, and encouraged women over 60 to become contestants.

Meanwhile, Denise Ely, who came in first Runner Up in the MS NEW JERSEY SENIOR AMERICA PAGEANT 2019, was also in the news last month. 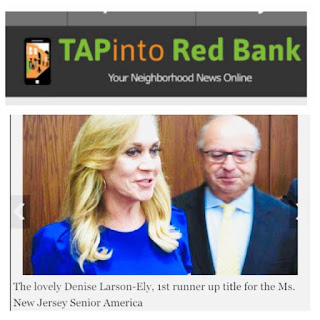 photo, courtesy Scott Wingerter
In August, Denise was invited to Red Bank City Hall, where she received a Proclamation of Achievement from Mayor Pasquale Menna and the City Council, for her title of 1st Runner Up. She felt especially thankful and blest, because it turned out that she was the first senior woman who has had a liver transplant to participate in the Pageant.  She spoke about her experience and encouraged the women who were present, to consider becoming contestants.  Scott Wingerter, online news Editor for TAP into Red Bank, interviewed Denise that evening.  On Audust 22nd, he published an in depth online article about Denise's extraordinary life.

Kudos to these 2 ladies for their tireless efforts to promote the positive aspects on aging.  They are great role models who represent the "age of elegance" beautifully.
Posted by Ms New Jersey Senior America at 2:51 PM No comments: