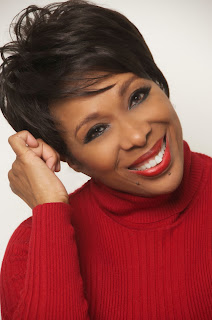 Hearts beat wildly, as the audience restlessly awaited the judges' decision, as to who would win the coveted title of MS SENIOR AMERICA 2013.  Queens from across the country came to Atlantic City to compete in the week long annual competition.  The event took place from Sunday, October 20th to Friday, October 25th, at Resorts Hotel and Casino in Atlantic City in the Superstar Theater.

Pageant week was an exciting time for the contestants and their families and friends.  Although the CLASS OF 2013 worked hard each day rehearsing, there were fun activities scheduled in the evenings for all to enjoy, and allowed the ladies to be in bed by 11:00 PM.

On Sunday evening, the Queens attended an orientation dinner, where they had the chance to meet one another.  Monday evening was free time for them to enjoy a walk on the boardwalk after a long first day's rehearsal.

Queens were invited to see the WELCOME TO ATLANTIC CITY SHOW on Tuesday evening, that took place in the Superstar Theater.  Directed by Marilyn Mcabe-Kohler, and emceed by Helen Halpin McCarney, the variety show included members of NSAA, and was sonsored by SENIOR AMERICA.  Of special mention was the performance of the NSAA/QUEENS CHOIR directed by Josephine Araniti, MSNJSA2007.  The group opened the show, emerging from the audience as a "flash mob", grooving to  Barry Manilow's hit tune, "Dancin' In Th Aisles".  Once on the stage, they sang "Broadway Ladies", a medley of 3 songs.  To conclude their presentation, a color guard entered the stage as they sang "This is My Country" and  "God Bless America".  The audience sang along and recited the Pledge of Allegiance.

The Dinner Dance was held on Wednesday evening in the Grand Ballroom.  It was an evening of great food, fun and entertainment for all to enjoy.

After two days of Preliminary Pageants, it was Thursday .... the day of the FINAL PAGEANT.  The show began, as usual, with the opening number, with all the contestants onstage.  The first moment of tension came when the top 10 were chosen.  Cheers came from the audience as their Queen's name and State were called, while disappointment came from those who weren't.


The Final Competition began, this time with the Top 10 competing all over again, in the Evening Gown, Philosophy of Life, and Talent Categories.  All were beautiful, intelligent, and talented.
The moment was at hand, when the Queen and Her Court, or the Top 5 were called:  4th Runner Up, MS COLORADO SA; 3rd Runner Up, MS TEXAS SA; 2nd Runner Up, MS NEVADA SA; 1st Runner Up, MS NEW JERSEY SA, Vanessa Shaw;  and, MS TENNESSEE SA, Carolyn Corlew, MS SENIOR AMERICA 2013.  As was explained prior to announcing the winner, "if for any reason the new MS SENIOR AMERICA 2013 cannot fullfill her duties, the title will go to the 1st Runner Up".

Kudos to Queen Vanessa Shaw on a job well done and for bringing such honor to the State of New Jersey!

Posted by Ms New Jersey Senior America at 8:57 AM No comments: