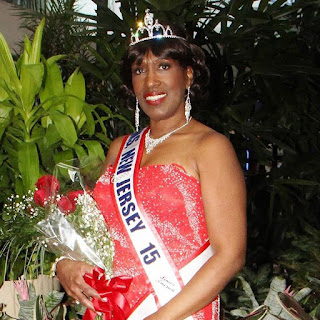 Sherri McGhie, captured the hearts of a discerning panel of judges and an admiring audience last year when she won the covetous title of MS NEW JERSEY SENIOR AMERICA 2015.  The following October, she won fourth place in the National Pageant.

It is hard to imagine why anyone could not wait to turn 60 years old, but that was Sherri McGhie's dream.  Her story began 20 years ago, when her Mom Norma, entered the MS NEW JERSEY AMERICA PAGEANT in 1995 and won.  Sherri was proud of her mother's success, and hoped that one day she could achieve the same. 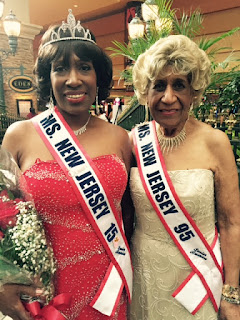 In the years that followed, Sherri saw the fun and camaraderie that Norma shared with her "sisters" of the New Jersey Cameo Club.  Her skill in taking pictures, became helpful to the State Pageant organization and its service wing, the New Jersey Cameo Club, and she became the official photographer.  Her reputation spread to the MS SENIOR AMERICA PAGEANT organization, which also engaged her in the same position.  Over the years, Sherri became the indispensible "little sister", who drove Mom to Showcases, and helping out wherever she was needed.   Occasionally, she would be invited as guest onstage to sing in NJCC Showcases.

Sherri's dream epitomized the theme of this year's MS NEW JERSEY SENIOR AMERICA PAGEANT 2016 which is:  "Wish Hard ... Dream Big ... Make It Happen"!   As the year of her reign comes to an end, she can be proud of her accomplishments.  She will take her rightful place in the Pageant organization and will be welcomed into the "sisterhood" of the New Jersey Cameo Club.  Kudos to QUEEN Sherri, for being "that gracious lady who exemplifies the dignity, maturity and inner beauty of all senior Americans".

Her final official duties as QUEEN, include: the MS NEW JERSEY SENIOR AMERICA PAGEANT 2016, Wednesday, June 1st, Harrahs Resort Hotel & Casino, Concert Venue Theater, at 1:00 PM, at which time she will deliver her farewell speech and performance, and crown the new Queen.  Tickets are $12.00 and can be purchased at the box office which opens at 11:00 AM.
Posted by Ms New Jersey Senior America at 12:19 PM No comments: