ANOTHER YEAR, ANOTHER GREAT SHOW IN ATLANTIC CITY


Last Thursday, 18 ladies from the NEW JERSEY CAMEO CLUB gave a stellar show in Atlantic City, at Kennedy Plaza, an outdoor theater,  located on the boardwalk, opposite the legendary Boardwalk Hall, at 5:00 PM.   The show included a variety of performances from grand opera, to Broadway, country, dance and female impersonations. 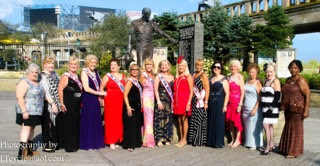 Before the show is the all-important photo-op.  This year, this group portrait and several other photos which appear in this article, is compliments of photographer Lou Tate. 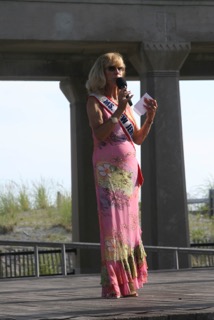 Johanne Santori/MSNJSA2006, Administrator/State Pageant Director, was Mistress of Ceremonies.  During the show, she spoke about the MS NEW JERSEY SENIOR AMERICA PAGEANT 2017, and the search for contestants, and encouraged ladies in the audience to come forward after the show to sign up. 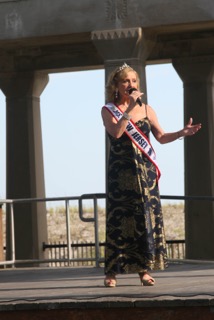 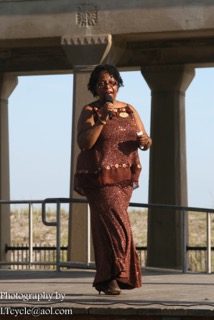 Nancy Bassett, is new in the NJCC, and she is a member of the Class of 2016.  Nancy received a special award in the Talent Category.  When she sang the popular song, "Happy",  everyone joined in clapping. 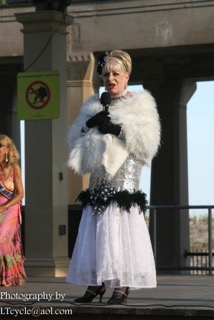 Another memorable moment was the performance by NJCC Vice President Terry Meade, who sang, Take Off Your Mink, from the Broadway show, "Guys & Dolls".  She is pictured here with her clothes on, but by the end of her song, several items did come off!  Sorry folks, but those pics are rated X, and this is a family friendly blog.  So, you'll just have to imagine the subsquent photos! 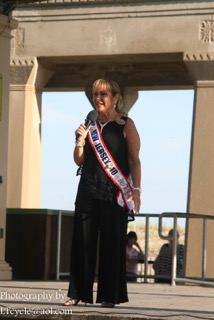 Becky Orsatti/MSNJSA2010, always an audience favorite, has a distinctive jazz style, that is always fresh and entertaining.  Her delicious alto voice and absolute delivery continue to impress all who hear her. 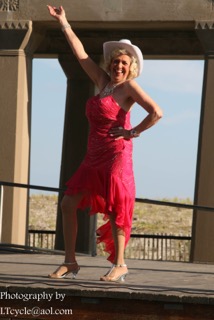 Female impersonator Marge Wanamaker of Manchester, portrayed country legend Dolly Parton, in a performance of the song, "Nine To Five". 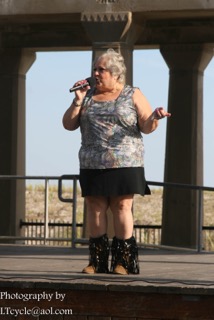 Another member from the Class of 2016, Millie Tate, gave a sassy rendition of the Nancy Sinatra hit song from the '60s "These Boots Are Made For Walking".

These were but a few ladies highlighted above.  Kudos to the rest who gave equally fabulous and impressive performances. 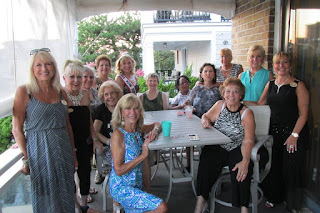 Everyone was invited to Johanne and Adeo's home for an apres show party.  Thanks for such a lovely dinner, and for providing a friendly atmosphere to unwind. 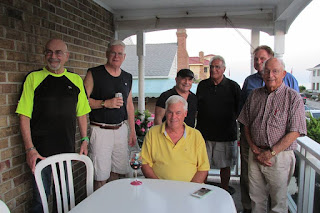 It was not an all-female party.  The husbands and significant others have become the Club's beloved mascots, who provide physical help and emotional support to the ladies.  Thank you!
Posted by Ms New Jersey Senior America at 9:45 AM No comments:


The annual Atlantic City Armed Forces Parade was set aglow last night with another great performance by the fabulous ladies of the MS NEW JERSEY SENIOR AMERICA PAGEANT organization.  The recent heat wave saw unprecedented crowds of locals and vacationers who flocked to New Jersey's popular resort city.   It seems that despite the heat, people lined the boardwalk for miles to honor, watch and enjoy the parade. 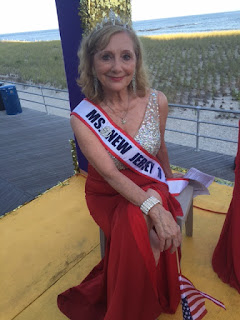 QUEEN Diane De Luca, MS NEW JERSEY SENIOR AMERICA 2016, sat casually onboard the float before the parade.  But when the parade began, she sprung into action, singing, smiling, waving and throwing kisses to the enthusiastic crowd. 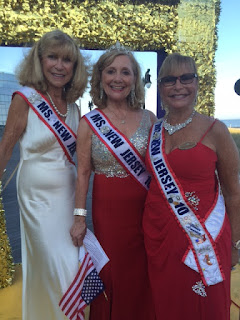 In the top tier, QUEEN Diane was flanked on each side by Johanne Santori/MSNJSA2006, ADMINISTRATOR & STATE PAGEANT DIRECTOR and most recent QUEEN, Rebecca Orsatti/MSNJSA2010.

Each year the ladies take their traditional photos before the parade.  They all wore the traditional patriotic colors of red, white and blue to honor our country's vets. 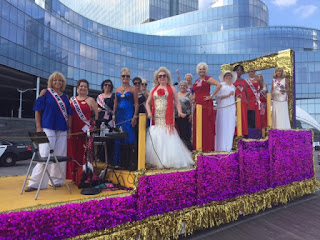 Here is another pre-parade photo, with everyone settled onboard the lovely float which is decked out in royal colors of purple and gold, in front of the mega-casino Revel.  Its silvery facade and curving arches make a beautiful background setting.  Standing in the foreground are Josephine Araniti/MSNJSA2007, and Director of the Pageant organization's GRANDE DAMES CHORUS, and Diane Beebe/MSNJSA2014, who prepared the music and ran the sound system.  On the first tier, in the stunning blue sequined gown, is Carole Lelli/President of the NEW JERSEY CAMEO CLUB.  Lastly, at the top tier is our leader again, Johanne Santori.  Thanks to these women who made last night's successful performance possible. 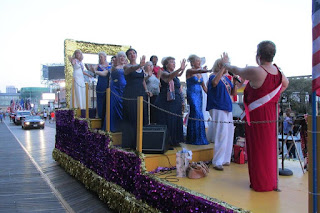 With formalities behind, the parade and show began, and the ladies showed their "stuff".  QUEEN Diane sang the solo to "Tie a Yellow Ribbon", and the ladies joined in on the chorus.  There was the traditional "5 Song Armed Forces Salute", and ended with "This Is My Counrty/God Bless America" medley.  In between, were other medleys of  tunes from some of Broadway's longest running shows, and a musical salute to Diana Ross.  This year, the float stayed longer at the viewing stand, and the ladies gave a mini concert for the dignitaries and the crowd of spectators.  Their performance was great, and kudos to a job well done!
Posted by Ms New Jersey Senior America at 12:30 PM No comments: